Introduction to Computational Fluid Dynamics and Principles of Conservation

Chakraborty did his schooling from St. Lawrence High School, Kolkata and then graduated from the Mechanical Engineering Department of Jadavpur University in the year 1996, securing 2nd Rank out of a pool of more than 100 students. After a brief Industrial Experience on Engineering design at the Development Consultants Ltd., he appeared for the National level competitive examination on Graduate Aptitude Test for Engineering (GATE, 1997), in which he was nationally Ranked as the 1st. Subsequently, he joined the Indian Institute of Science(IISc) for his Masters study where he was the faculty topper (CGPA 7.9 out of 8) and received gold medal and Senate Commendation for outstanding performance in Masters of Engineering. Thereafter, he joined Jadavpur University as a Lecturer. In the year 2000, he joined the IISc for his doctoral research, on study leave from Jadavpur University. He completed his Ph.D thesis work in about one year at the IISc. His received “Best International CFD Thesis Award” in 2002.

Chakraborty has research interests in the area of Microfluidics and Micro/Nano scale transport processes, including their theoretical, computational, and experimental modeling, encompassing the underlying fundamentals as well as bio-medical, bio-technological, chip cooling, and energy related applications. Chakraborty is known for his fundamental as well as translational research in the domain of microfluidics and nanofluidics. His has published 400+ papers in International Journals of high repute. More than 30 Ph.D students have graduated working under his supervision(Guide or Co-guide).

Chakraborty has authored several text books and edited several research monographs. He has also developed several video lecture courses, under the National Programme on Technology Enhanced Learning.Chakraborty has also been the Editor / Editorial Board Member of Journals in his field of expertise, including Scientific Reports. He received the prestigious Santi Swaroop Bhatnagar Prize, and became the youngest Fellow of the Indian National Academy of Engineering, and Fellows of the Indian National Science Academy (INSA), Indian Academy of Sciences (IAS), Indian National Academy of Science (NASI), in addition of being the recipient of the Indo-US Research Fellowship, Scopus Young Scientist Award given by Elsevier for high citations on his research publications, Alexander von Humboldt Fellowship (2005), and Young Scientist/ Young Engineer Award from various National Academies. He has been bestowed with the Fellowship of the American Physical Society, Fellowship of the Royal Society of Chemistry, and Fellowship of the American Society of Mechanical Engineers. He was a visiting Professor at Stanford University. In the year 2018, he has been awarded the prestigious J. C. Bose National Fellowship, which is the highest Fellowship awarded by the Department of Science and Technology, Government of India.

Chakraborty has received research funding from various Government and Private bodies, including International funding agencies (such as the British Council, Royal Academy of Engineering UK, Indo-US Science and Technology Forum, JSPS, Japan etc.). He has spearheaded the Healthcare domain of IMPRINT India initiative as the National coordinator. He has also been a consultant to Industrial Houses such as General Motors, Delphi, INTEL, SHELL, Tata Steel, ITC, to name a few. He has also led his own start-up Company to effectively translate his research into the design of medical products. The objective of his Company is to bring out novel devices for low cost medical diagnostics. 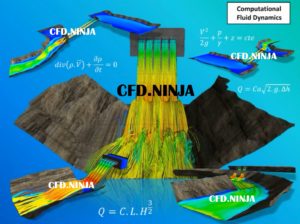 Join our fan page and our facebook group CFD.NINJA 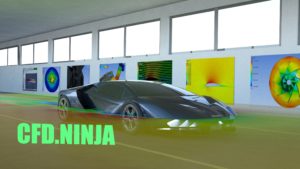 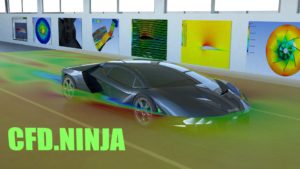